where's the entertainment value in rape? 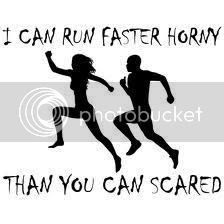 If you find this image uncomfortable or even disturbing, there’s hope for you yet. I found it forwarded from a Facebook group called SickAndTwistedDotCom, which otherwise posts funny pics, inspirational messages and assorted lolcats.

Besides humour, rape seems to be present through large swathes of the entertainment industry. In Straw Dogs, for example, we see "a dangerous endorsement of the male 'rape myth' that women secretly enjoy being raped" – did this myth underlie Justice Secretary Kenneth Clarke’s (right) comment about "serious" rape, indicating that some rapes are less serious than others?

A form of rape that was, until recently, surrounded by a common-sense firewall is paedophilia; but recently Channel 4 not only showed but repeated Ricky Gervaise’s video Science, in which he tells two jokes about paedophilia. I complained about this and Channel 4 didn’t want to know, ditto the Culture and Media Select Committee. Following the beachhead created by the sexualisation of children, are we now seeing the commercialisation of rape?

I don’t know why SickAndTwistedDotCom posted this particular picture, which left me feeling dismayed and depressed. Could it be that we as a society are so inured by sexual images in “lads’ mags”, on catwalks and in (young) girls’ magazines that the poster(s) failed to see anything offensive in it? If so, we need an urgent re-education in the hard-won rights of women to own their bodies and their dignity. I started my own re-education by "unliking" SickAndTwistedDotCom and switched to Lolcats. How will you start yours?