Part of the news that the English Defence League and British Freedom Party would be working together was that the latter had a twenty-point plan. I was worried that there might be echoes of US President Woodrow Wilson’s submission forming the basis for negotiations after WWI at Versailles: his fourteen-point plan, which gave French Prime Minister Georges Clemenceau cause to remark in consternation that "God had only ten".

Wilson’s points laid down the basis for a return of Europe to before the hostilities began; one from which America could remain splendidly independent an ocean away. The British Freedom Party’s points, meanwhile, concern winning back independence from a Europe which is moving daily closer to the social and economic abyss, hopefully before hostilities start.

It won't be easy: my daughter recently came home from citizenship classes and informed me that we live under an elected dictatorship. That’s not our problem, I told her. We are governed by a parliamentary democracy, but one that hobbled by no less than two unelected dictatorships. One is the EU. The other is more insidious: an army of activists who were placed on the bottom rungs of all state-run agencies during the Blair-Brown regimes with a remit to work their way towards the top.

These are the behemoths that British patriots of all creeds and colours have to face. But Winston Churchill led the fight against arguably a greater monster, and we won.

Wilson’s vision, relying on all people’s intentions being as good as his, ended up easing the way for Naziism. The writers of British Freedom’s Twenty Point Plan are in no doubt as to the intentions of our enemies and have honed each point for mazimum impact.

I’m looking forward to EDL and British Freedom working together.

Click to go to the British Freedom Party's Twenty-Point Plan 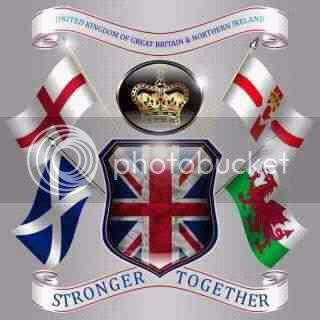 Thanks to Andrew Stevenson for the graphic.
Posted by Joe Daniels at 08:37 1 comment:

Calpol and the medicalisation of our woes

The Telegraph reports that parents will be asked to reduce the amount of Calpol – liquid paracetamol – they give to very young children. Wheareas guidelines used to group children in wide bands like "age 1-6", more bands will be introduced to recognise the differences weight between children throughout this spectrum.

But while the Telegraph’s medical correspondent Stephen Adams suggested we have a "fever-phobia" in regard to our children, I’d like you to look again at how Calpol recently marketed a children’s painkiller:

The writing at the bottom of the screen said that Calprofen was for "relief of pain and fever", but the story – the part that a busy, stressed Mum will be taking in – is that this can be administered when playtime goes south: two kids have a sheet fall on their head and end up unhappy. Guess what revives them? 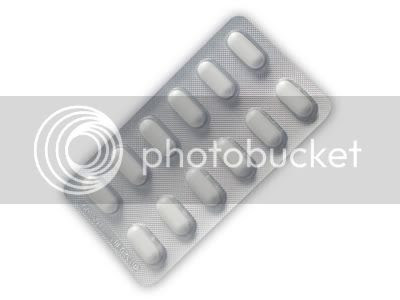 The masses addicted to illegal drugs have a mirror image in a less noticeable addiction: to the idea that there is a pharmaceutical product for every woe. Don’t get me wrong – some kids are genuinely hyperactive through attention deficit and are helped by Ritalin; many people get through the day with the help of antidepressants; and occasionally somebody in an old-folks’ home is responding to hallucinations and will be helped by antipsychotic drugs.

Equally, however, no pill eradicates the harm done by indifferent schools or parents, makes up for a society where lonely people are left to get on with it, or mitigates the negligence without which a care-system with too few indians cannot work.

The new guidelines for Calpol are welcome; but the wider issue is that what is lacking is not labelling information but a society in which we all engage with and care for each other. And the remedy for that doesn’t come in bottles or blister-packs.

euro crisis: is Greece the only guilty party? 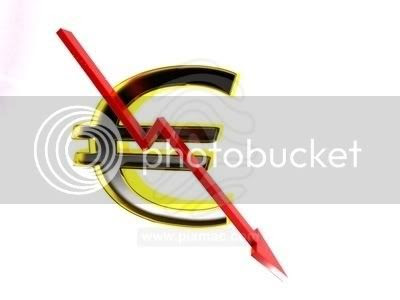 It’s fashionable to blame the Greeks for the crisis facing the Euro and Europe, probably because their culture of graft, lies and tax evasion has pulled their country and many others towards the void to an extent unparalleled in peacetime.

Fashions, however, can hide a multitude of sins. Nicholas Sarkozy’s is the latest siren voice on the crisis: "Euro spells Europe…Europe has meant 60 years of peace on our continent."

Mr Sarkozy’s forecasts might have seemed more than bravado had he found his voice somewhat earlier – last May, to be precise, when European economists began to realise the danger toxic Greek debt posed to the countries of the EU and international financial institutions. But, responding to protests that quickly grew murderous, European politicians reverted to type and surrendered to protesters’ demands, granting the country more time before emergency measures were imposed and its fitness to remain within the Euro assessed.

Having let the moment slip, EU leaders later found their backbone and pressured Greek Prime Minister George Papandreou into cancelling a referendum on the bailout. This is, as the Daily Mail’s Nick Wood indicates, an act of bullying, and more: the EU’s antipathy towards referendums reflects in microcosm its general abhorrence of democracy – why else heed the barricades but refuse ballot-boxes?

The EU originated with the European Coal and Steel Community, a visionary body founded in 1945 to maintain peace between Fance and Germany, whose territorial ambitions erupted in fury in 1890, 1914 and 1939. Harmony between these two countries is what has kept (western) Europe safe for 60 years, not the Euro, nor "Europe", nor the sinister machinations of unelected mandarins.

We must let Greece go its own way. Anything else is tantamount to the sort of empire-building that has taken Europe into the abyss too often.

Did a senior Conservative MP order police and financial authorities to put such pressure on the voluntary head of a human-rights group that he has lost his house, is facing bankruptcy and is now looking on as his family bear the fallout?

That’s the question now being asked after the release of the "November video diary" of English Defence League founder Tommy Robinson, who (in a section from 5:30-8:15 in the video) claims to have been the recipient of leaked Home Office minutes between James Brokenshire MP and another MP.

According to Robinson, the minutes state that Mr Brokenshire, Parliamentary Undersecretary of State for Crime and Security at the Home Office and a member of the National Security Council, proposed proposed that the Home Office work with "a range of partners to address the driver of the EDL" in order to "minimise our problems".

These problems are certainly multiplying for the Government, who face new exposés of political appeasement in the face of Islamists on an almost daily basis, most of them coming from the EDL, which outlived the security forces’ prognosis of a six-month life span two years ago.

If Robinson is telling the truth and the minutes are genuine, then this goes far beyond a debate about the EDL: anybody who becomes a thorn in the side of the Establishment has cause for fear. For example, there’s Christopher Booker, the Telegraph journalist who is regularly criticised by judges for publicising abuse of power by social workers who snatch children, and the leaders of the Patients’ Association, who show just how devoid of roses the NHS garden is.

I believe Tommy Robinson tells the truth. I voted Conservative because I believe they’re big enough to answer their critics face to face. So what happens now? Watch this space.