support Engelbert first, then let's get out of Eurovision 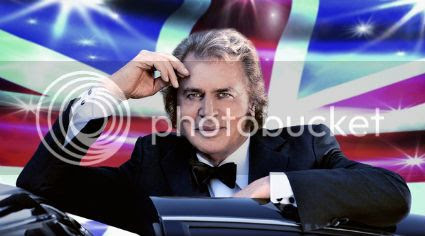 On 1 March, the BBC announced that Engelbert Humperdinck would be representing the UK at the Eurovision song contest in Azerbaijan. And now he’s been asked by the BBC documentary strand Panorama whether he should be attending the contest due to Azerbaijan’s human rights abuses, which were publicised when Nicki and Ell won last year.

It was sad to see the oppression on Panorama: Eurovision's Dirty Secret, especially the chap who was detained by police merely for voting for the country’s rival for the land of Nagorno-Karabakh, Ominously, there were reports of a wave of sabre-rattling over the region after the win. 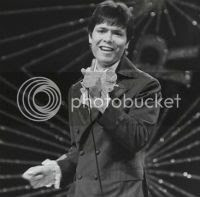 Given that Spain is one of the Big Five that fund Eurovision (along with Great Britain, France, Italy and Germany), it would have been difficult for the European Broadcasting Union to kick the country out, fascist or not.

But can’t the EBU learn from its mistakes?

Azerbaijan is another fascist country, and shouldn’t have been allowed to enter the contest in 2008. The administration will use Eurovision as propaganda, just as the Argentinian junta did with the 1978 World Cup and 1981 Queen concert, mounting the Falklands War as a last attempt to distract Argentinians from its abuses the next year.

A Eurovision official told the documentary that the EBU had to play by the rules. But there’s the rub: the rules, when dealing with a country that can produce victories of over 90% for the ruling party with every plebiscite, are meaningful only to the patsy that plays by them.

I hope Englebert belts it out for Britain. After the contest, and whatever bloody epilogue might ensue in the region, perhaps the Big Five could secede from the EBU and mount a song-contest where nobody legitimises far-flung tyrants?

Look up Azerbaijan on the CIA Factbook