The first use of "neofeudalism"seems to have been in 1940, when a doctor complained to the Medical Times about the consequences "if medicine was to be neofeudalized by the state". (Obamacare, anybody?)

Political scientist Guillermo O’Donnell ran with the idea, identifying neofeudalism within "those regions where the local powers…establish power circuits that operate according to rules that are inconsistent with, if not antagonistic to, the law that supposedly regulates the national territory".

European patriots can see the reverse process to O’Donnell’s happening in regard to the EU today – the supranational giant has established power circuits that operate according to rules that are inconsistent with, if not antagonistic to, the systems of laws that supposedly regulate the national territories. 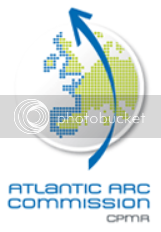 For example, the Atlantic Arc unites fragments of the UK, Ireland, France, Spain and Portugal that have no other link than that the Atlantic laps upon their coasts; and the BBC has admitted taking £3m in grants from the EU, and acts as the EU’s propaganda outlet in the UK.

Like the feudal overlords of old, the EU has enlarged its fief by sleight of hand; it wasn’t announced to the British people until 2001 that "this country quite voluntarily surrendered the once seemingly immortal concept of the sovereignty of parliament and legislative freedom by membership of the European Union". By then all that was needed was a dynastic marriage in the form of a constitution: the Lisbon Treaty was signed by Gordon Brown under the so-called "democratic" mandate of the 2005 election.

So what destroyed feudalism? Here, after the Peasants’ Revolt of 1381, in the words of Marxist writer Mark Starr, "the peasants were never reduced to the old Feudal bondage again, and a time of prosperity for them, known as the Golden Age, followed". Neo-feudalist bureaucrats of the Paris-Berlin axis take note.

Excerpt from a 1940 letter to the Medical Times - the first recorded use of "neofeudalism"?

On the State, Democratisation and some Conceptual Problems (A Latin American View with Glances at Some Post-Communist Countries) - Guillermo O'Donnell - go to p10 of the .pdf for a description of what he calls "neofeudalized"

Britain and Europe: The Culture of Deceit - Christopher Booker, October 2001; the passage quoted is at the top of the article

Mark Starr: A Worker Looks At History - Chapter 8 The Fall of Feudalism

neo-fascism and neo-corporatism: The Emergence of the Cartel Party

Régime censitaire is an interesting phrase: cens was a fee paid to a feudal lord which sometimes accorded voting rights. Thus the régime censitaire refers, in Peter Mair’s and Richard Katz’ seminal 1995 article Changing Models of Party Organization and Party Democracy: The Emergence of the Cartel Party, to the state of democracy in the late 19th century, where some degree of property ownership was necessary in order to vote.

The "cartel party" refers to a situation where major parties compete for an electorate’s votes with none offering anything qualitatively different from the other, therefore they gain more from cooperating with each other than competing, to democracy’s cost. (Hobbling the free press, anyone?)

Parties evolve from "caucus" entities representing the minority entitled to vote to “mass parties” upon universal suffrage, then "catch-all" parties offering all things to all people, little different from each other. Here the titular cartel starts to form.

Scarily, Mair and Katz note that other bodies such as trade unions and employers’ associations "[develop] relationships with the state that are not unlike those developed by the parties themselves" – I would add developers and the diversity industry. They call this "neocorporatism". I have to wonder if they were referring to a quote by Mussolini, "Fascism should more properly be called corporatism because it is the merger of state and corporate power". Is neo-fascism the corollary of neo-corporatism?

There is hope: new parties can challenge the cosy huddle, but must resist the trap the Liberal Democrats (identified by the authors) have fallen into of joining "the establishment they once decried".

Mass parties on either side of the pond produced Churchill, Attlee and Thatcher, and FDR, JFK and the Bushes before political cartels reincarnated the régime censitaire by restricting power within the circle of those who possess it already.

My money’s on UKIP and the Tea Party to shake things up. How about yours?

Click for reviews of Ruling the Void: The Hollowing of Western Democracy, in which Mair's ideas on the political cartel arising from the article reviewed were posthumously developed from his notes

click for a review of The Triumph of the Political Class, in which Peter Oborne continues on Mair's ideas in Ruling the Void

The Cambridge News was kind enough to publish my letter on why I'm voting UKIP in their edition of 24 January - here it is, with the name of the person whose letter I was responding to changed.

I read with interest John Smith's letter "The benefits of being in the EU (News, January 2, 2014).

Mr Cox mentions "rich UKIPers" - of the many people I know who intend to vote UKIP in the coming European and General Election, none is rich, myself included.

He states that "the City friends of Osbourne and Boris Johnson" wrecked our economy. Any deleterious effect Conservative policies have had on the economy have merely widened the cracks inflicted on the system by the previous Labour administrations. Remember Peter Mandelson announcing he was "intensely relaxed about people getting filthy rich"? He seems to have been similarly quiescent about the amoral atmosphere in which many of these people acquired their lucre.

The Labour Party is just as much a part of what the late, left-leaning political scientist Peter Mair called a "political cartel" as are the Conservatives and the Lib Dems. Each party offers roughly the same policies with different wrappings. I'm sure not every member of each of the three main parties wants things to be this way, but laws made by European bureaucrats who nobody in Europe got a chance to vote for make anything else impossible.

Is being a member of the EU 100 per cent bad for Britain? Of course not. But the benefits of membership are minimal in comparison for the harms we are suffering and the risks we face, both societal and economic. That's why I intend to vote UKIP.

Europe is slowly strangling the life out of national democracy - Peter Oborne, Daily Telegraph: Oborne writes about Peter Mair's concept of the "political cartel" in what I think will be one of the defining political essays of 2014

Changing Models of Party Organization and Party Democracy: The Emergence of the Cartel Party - originally published in Party Politics, now on politicacomparata: Oborne references this essay in his own, above

Click for reviews of Ruling the Void: The Hollowing of Western Democracy, in which Mair's ideas on the political cartel were posthumously developed from his notes 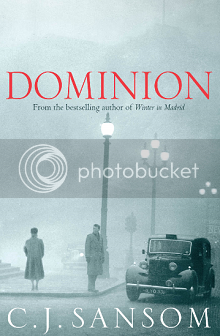 It’s now widely accepted that Winston Churchill had a "wobble" in his now-famous three days in May 1940 when he was occupied by the feasibility of negotiating a peace with Hitler’s Germany after the "Narvik Debate" on the disastrous Norwegian campaign brought down Neville Chamberlain’s Conservative government and Churchill came to lead a tripartite National Government.

In CJ Sansom’s alternative history novel set in 1952, Dominion, Churchill was rejected in favour of Lord Halifax as leader of the Tories. Following the Dunkirk evacuation, a crisis in Parliament led to those peace negotiations with the Nazis, and Great Britain became effectively a German vassal state under the leadership of Lord Beaverbrook.

I don’t agree with Sansom’s intimations in the novel that patriotism is by nature evil. Nevertheless, taking something you normally wouldn’t pick up and turning it into something you can’t put down is the mark of a great writer.

What worried me is that, after the end of the novel, Sansom presents an essay on his views on Nazism, nationalism and patriotism in general (which, in conjunction with Palestine – ie Israel – he cites as the two great blights of the real postwar world). At the end of the essay, in which Nazism and fascism are extensively mentioned, he opines that UKIP is another manifestation of the "blight" of patriotism.

He offers no opinion on the EU which, although not a national or nationalist entity, many would point to as non-violent fascism. By the time he comes to UKIP, after pages spent railing against fascism and associating patriotism therewith, the footnotes have dried up, but the intention seems to give the reader the idea s/he is reading an academic essay condemning UKIP.

Should we be asking Macmillan whether, should it reprint Dominion before the 2015 General Election, it will reprint Sansom's tendentious essay?

Conduct of the War Hansard minutes of House of Commons debate of May 8 1940, also called the Norwegian Debate/Narvik Debate

My thoughts are with my Jewish friends upon the passing of Ariel Sharon; Like most great figures he was a man of many parts - freedom fighter, military leader, navigator of the ship of state as Prime Minister of Israel, husband and father. I think anybody who values an inclusive, and therefore genuinely peaceful, world, should be remembering Mr Sharon and meditating on his life.

I can't say things any better than Chabad.com in this obituary :

voter ID: the story behind the Electoral Commission's announcement

If the Electoral Commission wants voters to produce IDs at polling stations Parliament could effect this by amending the Representation of the People Act: it's been amended 42 times in its lifetime.

Sections 5-9 of the 1985 bill present various safeguards ensuring that absent voters using proxies or postal votes assure the Registration Officers of their identities.

In other words, the 2000 act allows party activists to satisfy themselves of the identities of absent voters.

Nick Ross’ thesis, expanded in his book Crime, is that crime isn’t facilitated by bad people so much as that which is pilfered being readily available.

In the recent past what’s been pilfered appears to have been votes, to such an extent that even the International Committee of the Fourth International got worked up about it in 2004. The following year, in terms of raw votes, Tony Blair’s New Labour won by 1,500,000, in a General Election in which 6,000,000 postal votes were returned.

But from which "high risk areas" (the Electoral Commission’s words)? These are the ones they identify:

I can identify 7 areas above where the population makeup is skewed away from the average mix in the UK. So why does the Government want to foist ID cards through the back door on all of us?

Representation of the People Act 2000 - see Section 12, para 2 and Section 4 as mentioned