Between 1945 and 1956, Austria saw four general elections produce parliaments in which the opposition’s tussles with government were choreographed, for which Austrians coined the term Bereichsopposition. This might translate as opposition arranged within a set area; Marxist social scientist Otto Kirchheimer, writing in 1957, translates it as "opposition of principle," which he defined later as "'the desire for a degree of goal displacement incompatible with the constitutional requirements of a given system".

Kirchheimer’s 1957 paper The Waning of Opposition in Parliamentary Regimes rails at the birth of the cartel arrangement of politics, whereby a group of parties with little to differentiate them dominate parliamentary politics. He notes this was an "extreme procedure" in Austria, but that the same arrangements were emerging in (West) Germany, France and Italy.

These three were the main signatories to the Treaty of Rome the next year. This transformed the European Coal and Steel Community, intended to prevent another war between France and Germany, into the EEC, the proto-EU. 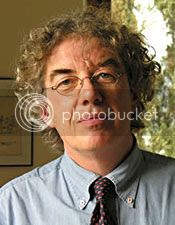 Left-leaning political scientists like Kirchheimer and Peter Mair (right - whose Ruling the Void references the former’s essay) are pessimistic about the outcome of cartel politics. This seems to stem from a middle-class phobia of the revivifying power of the popular vote: a primal suspicion that universal suffrage gave the wrong people the vote. Walter Bagehot’s fear that "ultra-democratic" politics (universal suffrage – "the rich and wise are not to have, by explicit law, more votes than the poor and stupid") will lead to "violent laws" leads straight to Mair’s phobia of populist politics.

Think of this when you hear Conservative, Labour and Lib Dem politicians slate UKIP: you are hearing the self-serving super-elite of the anti-democratic political cartel, perpetually mired in oppositionalism to the mechanisms of government in Brussels, inform you that universal suffrage gave the wrong people the vote.

The Waning of Opposition in Parliamentary Regimes - Otto Kirchheimer, Social Research, Vol. 24, No. 2, Summer 1957. Link takes you to the essay on JSTOR, where permissions may be required. You can click here to try to access the pdf

Political Perfectionism and the 'Anti-System' Party - Michael keren, Party Politics 6, January 2000: a summary of the article giving Kirchheimer's definition of "opposition of principle"

The English Constitution - Walter Bagehot, second edition, 1873. The quote about giving the vote to the "poor and stupid" is on p127 of the pdf

Ukip "racism" row: is the Daily Telegraph buying into the political cartel?

Comedy’s funny. Peculiar, I mean: for example, I remember an American friend looking nonplussed at Father Ted, while I was splitting my sides. 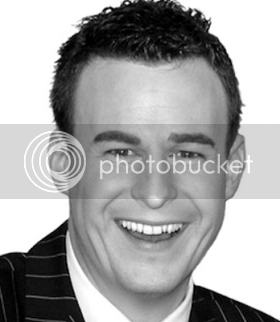 Less amusing is the alacrity with which some on the Left will jump on certain types of comedy but not others. Dan Hodges, for example, has published a blog entitled Ukip is now a racist party, in which he seizes on comments made by comic Paul Eastwood (right), which retain their humour even within Hodges’ tirade.

It’s all what you’d expect from a Labour and union aficionado. What is unusual is that it was published on the blogs site of the centre-right Daily Telegraph. The Telegraph has become obsessed with Ukip recently, the party being mentioned in the analysis section at least once daily.

This, I believe, is the political cartel in action. We have a Tory-aligned publication running standard left-wing dog-whistle fare because both Conservatives and Labour are terrified of the long-term consequences of Ukip breaking up the current three-way football match where the parties kick the ball to each other to try and con the masses that the result is democracy.

And as for the charge of racism, I think questions like, for example, "what race is Islam?", although valid enough, risk heading down the wrong road. The whole vocabulary of race relates to the sinister concept that differences between groups of people are inherited and not culturally instilled. This vocabulary first served the slave trade (and indeed still does) before being conscripted to justify eugenics. It’s easy to forget, though, because "you are racist/fascist/insert your own meaningless-through-overuse adjective" is increasingly used merely as a synonym for "I disagree with you". We risk sliding back to the horrors of the 20th century through forgetting that words, contrary to what post-modernists believe, have meanings.

And that wouldn’t be funny.

Neo-fascism and neo-corporatism: The Emergence of the Cartel Party - 300 words