groundbreaking interview shows Asians will not be silenced 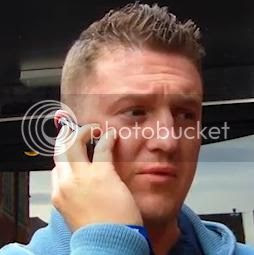 Over the weekend, an interview with English Defence League members and its founder Tommy Robinson (right) emerged that was groundbreaking, for two reasons.

Firstly, the interview was with the Asian Tribune. This might not seem earth-shattering to some, especially Asian EDL members. To others, however, Asians appear increasingly sinister because journalists (with honourable exceptions such as Melanie Phillips) refuse to recognise the child-grooming gang crisis for what it is, branding all Muslim paedophiles "Asian".

This last point is key to understanding the threat that some organisations feel the EDL poses to them. For example, while the fraudulently-named Unite Against Fascism caricatures us as a band of Breiviks, their real fear is that we are a diverse and inclusive organisation promoting the equality of all before the British law. As such, we threaten those whom UAF exists to protect: predatory male Muslims. 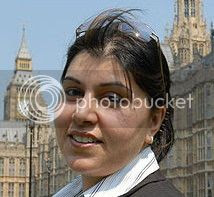 Consider Baroness Sayeeda Warsi’s present trial by media. What this is really about is that she is one of the few Westminster politicians to speak out about Pakistani men grooming children for sex.

And, crucially, she’s a Muslim. As long as the dominant mode of Islam in Great Britain benefits predatory males, its being reimagined by those it oppresses – all of us, but principally Muslim women and children – endangers it.

The UAF and its founders, including Warsi’s boss David Cameron, are committed to silencing this threat. Which is why Cameron and the UAF are driven to distraction by the thought of Asians buying into the EDL, which is not racist, not violent, AND WILL NOT BE SILENCED!

Click to go to the original article in Asian Tribune
Posted by Joe Daniels at 05:06