Theresa May has great goals - which will she try to achieve? 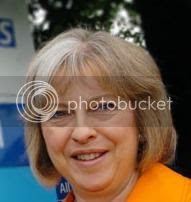 In Theresa May’s statement that the Government will put emergency measures in place to stop incoming migrants should the Euro collapse, she admits something long suspected: Great Britain is full up.

But the Daily Telegraph’s two articles paint different pictures of what Mrs May wants. In the first, she is presented as wishing to "curb an influx of Greeks and other European residents" should the Euro collapse; in the second, an interview, she says that she wishes to "create a hostile environment for illegal migrants…access to financial services is part of that". 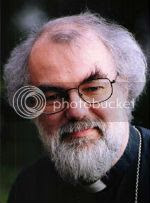 Is the last part a reference to Sharia finance? If so she won’t find me complaining, but she will have to deal with the Muslims imported for votes by Tony Blair and Gordon Brown, and just starting to dismantle the Sharia legal system, adopted into British law with the support of outgoing Archbishop of Canterbury Rowan Williams (left), will be like cleaning the Augean stables.

I believe that should Greece go up, Greek patriots of diverse ethnicities will stay and form a resistance to the EU as they so ably did to another fascist colonialist power 70 years ago. 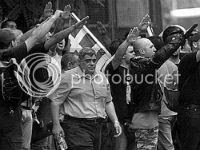 But what about Greece’s illegals, especially Muslims, who last year rioted for better living conditions? If they should flee the country’s resurgent neo-nazi Golden Dawn (right) and head west instead of back through Turkey, do Italy, France and the UK take them in as people fleeing oppression?

Different people will have different opinions on this. But Labour’s placemen in the civil service and unelected authorities who policed the dismantling of our borders have rendered the question redundant.