near and far Jihad: a question for Western leaders

In the Daily Mail, Robin Harris makes an impressive case for robust action on the Caliphate proclaimed by Islamic State, now massacring thousands in Iraq and Syria, and condemns Western leaders for being "catastrophically naïve" in their analyses of the turmoil in Muslim countries.

I can’t argue with that, but I feel I must in turn suggest that Mr Harris is naïve in suggesting the Caliphate poses problems only for countries with a majority Muslim population.

As early as 2009, Jihadis have split their struggle into that against the far enemy – or far Jihad – which is America and the West, and near Jihad against Israel and all local administrations that fail to unqualifiedly call for its destruction.

Far Jihad is well-ensconced in the West, with anybody proposing counter-Jihad (literally action against jihad) condemned by organisations such as Hope not Hate as fascists, racists, and generally “far-right”, which has no fixed beaning but refers to anybody whose views they disagree with. 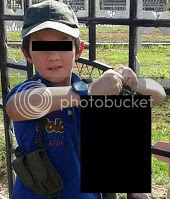 Jihadis like Anjem Choudary have openly called for a Caliphate for years, and this is key to understanding their mindset. The Caliphate can be proclaimed at any time in any country by any jihadi.

Counterjihad military action must therefore also take two parts: far counterjihad against genocide and, crucially, supporting Israel, whose attacks by Hamas were a diversion tactic to blind liberal Western media to Islamic State atrocities; and near counterjihad, including robust action on hate-preachers like Choudary and real policing of protests against established Western traditions such as free speech.

Far and near Jihad are now coming together, as shown by a recent open recruiting drive by Islamic State's predecessor ISIS in Cardiff. The question I pose Western leaders is: do you act now to protect your many loyal citizens of all backgrounds, including moderate Muslims, or must you be swept away to protect our children?

ROBIN HARRIS: Our leaders are in denial about this Islamic revolution because it exposes their own naivety - Daily Mail, August 11 2014

'That's my boy!': Shocking photograph of a SEVEN-YEAR-OLD Australian boy brandishing the head of a Syrian soldier - and his jihadist father who took it - Emily Crane, Louise Cheer, Daily Mail, August 11 2014

Israel and why Westphalia matters

In 1648, the Peace of Westphalia ended the 30 years' war by esconcing Cardinal Richelieu’s principle of raison d’état – justifying Catholic France’s alliances with Protestant powers to prevent absorption into the Holy Roman Empire – as the defining principle of the nation state.

Under raison d’état each state was free to run its legal internal affairs as it wanted, for example responding to pressures for universal suffrage at its own speed.

When Tony Blair was elected in 1997, he trumpeted a post-Westphalian settlement which would see Britain not only buy into the European Union’s supra-national agenda like never before, but participate in wars to spread neo-conservative values to Afghanistan and Iraq in what former US Deputy Defence Secretary Robert Ellsworth called "salvation without representation".

In Israel’s Gaza campaign, we’re seeing a demonstrably democratically-elected government take on Hamas, a group banned in many countries for its links to terrorism. It is in a sense a campaign against the crisis-hit post-Westphalian movement, where

it is the "internal" boundaries that create problems. Security, defence of privilege, identity, recognition and cultural traditions…are now altered, uncertain, liquid. They are no longer reliable.

Egypt’s sponsoring of a ceasefire between Israel and Hamas is also a classic Westphalian move: Egypt is one of the states that have banned Hamas. If Palestinian terrorists (by no means all Palestinians) were to catastrophically weaken Israel, the terrorists’ first move would be to announce themselves part of the soi-disant caliphate proclaimed by Jihadis in Iraq and Syria.

This is also a supra-national power, but far removed from the multilateral transfer of rules with the EU as template dreamt of by Blairites. It is an attempt to rebuild the Ottoman Empire, and as such the next stop would be Egypt, therefrom the rest of Arab Africa.

Israel is certainly fighting for survival, but it is now at the centre of the fight for the nation-state system. All of us who value freedom need to realise that freedom lives or dies with Israel.

A Crisis Of The State? The End Of The Post-Westphalian Model - Carlo Bordoni

The EU as a Multilateral Rule Exporter: The Global Transfer of European Rules via International Organizations - Mathieu Rousselin

comparisons between Hamas and Nazis aren't made lightly

During the Second World War, the British visited a lot of attrition on Germany and on Germans for a very good reason: it was them or us.

The Israeli Foreign Minister harked back to this time when he delivered a message to his counterpart here, Stephen Hammond, on the conflict in Gaza:

[Foreign Minister Avigdor] Liberman told Secretary Hammond that Israel expects special understanding on the part of the British. During one of the most difficult but greatest hours of Great Britain, when London was bombed during World War II, we learned from Churchill that even if the price is blood, sweat and tears, a nation that wants to survive must fight for its freedom.

Any comparison between Hamas and the Nazis is neither done lightly nor without justification. In November 2013, the Palestinian university in Jerusalem, Al Quds, made international news when it hosted a Nazi-themed rally; six months earlier – shortly before the murder of Gunner Lee Rigby – the Swastika was spotted flying over the town of Beit Omar.

This is what the Israelis are facing: a war that is basically a continuation of the one we faced from 1939-1945; a war that is not about land or money or power but the very existence of the Jewish people. Those brave Palestinians who realise and reject this know the risks they run: recently jihadis murdered 25 peace activists and blamed it on Israel even as Palestinian rockets, by accident or design, fall upon Palestinians.

As genocide is prosecuted in Syria and Iraq, our prone media prioritise manufactured outrage at recycled pictures and promote the BDS agenda. The original Nazis were more honest in their evil when they verbalised their version of BDS: kauf nicht bei Juden – don’t buy from Jews. As jihadis and their useful idiots shout and fly Palestinian flags over council buildings, please spare a thought about where the Swastika and kauf nicht bei Juden were headed from the start. There's been no change in plan.