Julian Assange and the Left's silence on womens' rights

After the last General Election, David Cameron announced a "limited extension" of anonymity for those arrested on suspicion of rape but not charged. Harriet Harman, former Equalities Minister, voiced her disappointment over "a very powerful message to juries in rape cases" that the alleged attacker’s rights trumped the victim’s. 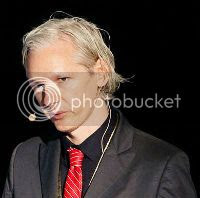 Fast-forward to the announcement that Wikileaks founder Julian Assange has lost his appeal against extradition to Sweden on charges of sexual assault against two former Wikileaks volunteers.

The women told the Daily Mail they wouldn’t have brought charges had Assange had an HIV test, given his disdain for condoms. However, one tells a disturbing story: that Assange initiated sex while she was asleep. One very positive movement on the part of judges is their acceptance that if a woman cannot say "yes", then the answer is "no".

But where was Harriet Harman’s women-friendly voice since December 2010, when Julian Assange was the subject of a European search warrant? One which was for alleged rape, not Wikileaks-style freedom of expression?

Wikileaks’ modus operandi is central to understanding the Left's silence. In publishing governmental secrets it pursues an anarchist agenda which has left-wingers salivating like Pavlov’s dogs. It’s more than academic: last January Wikileaks kicked off the Arab Spring when revelations toppled the Tunisian government; then Libya fell, then Egypt, with the current massacres in Syria, and the Muslim Brotherhood waiting in the wings throughout.

So watch out for character-assassinations upon the women who have dared to accuse this "god of the left of sexual assault. 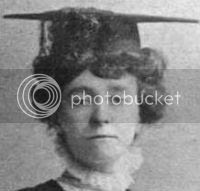 Watch also for a re-evaluation of the sacrifice of Emily Davidson, who threw herself under King George V’s horse in 1913 in the name of universal suffrage. If a woman’s right to ownership of her body still depends upon how others perceive her attacker's character, was dying for a cross in a box really worth it?