"Ooh, there's no bread, let them eat cake…" The line comes from Rush’s 1975 hit Bastille Day, about the French Revolution (the 1789 one), and the phrase "let them eat cake" is a reference to Marie Antoinette’s response when she heard of the French people’s poverty not allowing them to buy bread: "qu’il mangent de la brioche" – brioche being an egg- and butter-based bread beyond the reach of said pauvres.

But was she framed? 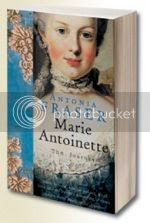 Marie Antoinette was born on 2 November 1755 and was the mistress of King Louis XVI, and here the attribution becomes shaky: there are no famines recorded during this Louis’ reign. Antonia Fraser, in her biography of Marie, states that the quote was spoken a century previously by Marie-Thérèse (Maria Teresa of Spain), wife of Louis XIV, king during la grande famine of 1693-1694. Marie-Thérèse is said to have recommended "la croûte de la pâté" during the famine. Rousseau managed to get this garbled and recollected in his Confessions that a "great princess" had recommended "let them eat pastry".

But even further back, the 3rd-century Chinese emperor Hui is said to have asked "why can’t they eat meat?" when told his famine-stricken subjects had no rice. That the question still stings is shown by The [Republic of] China Post’s comparison of Taiwan’s President President Ma Ying-jeou to Hui for saying to a student left feeling unfilled by a Bento box "perhaps you need to eat another bento box, or simply endure being hungry".

The attribution of "let them eat cake" to Marie Antoinette is a triumph of misogynistic revolutionary politics over historical fact and it’s woeful that newspapers repeat it on her birthday. Hopefully someday a journalist will interview Antonia Fraser to put the record straight. In the meantime, at least it makes for a good rock song.

click for more on Antonia Fraser's biography of Marie Antoinette

Confessions by Jean-Jacques Rousseau - the passage about "the great princess" is on p 255 of the .pdf

DPP chairman gets personal in run-up to Jan. 13 demonstration - The China Post