all that glitters: the hidden secrets of money?

I once volunteered at the Bath Street Citizens’ Advice Bureau in Glasgow. In 1998, a senior member of staff there said at a public meeting that he could lay his hands on proof that the financial system was configured to produce debt. Shortly afterwards the branch was informed we owed a staggering unpaid debt that nobody had heard of. Before twelve months had passed since that meeting, the branch – the busiest in Scotland – had been closed down. We never had a chance to hear the lowdown on the financial system. 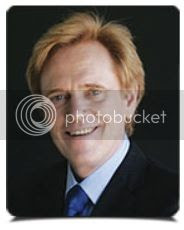 So I’ve no idea whether the answer would have been similar to that of Mike Maloney (right), who has posted a series of four videos on Youtube entitled Hidden Secrets of Money. The last episode, The Biggest Scam in the History of Mankind, has gone viral.

There’s no doubt that Mike is selling something: he runs a company that trades in silver and gold. And if the videos stir up anxiety and even panic about the imminent collapse of global currency systems, that would be to his benefit.

However, I’m left rather disturbed by the videos; they have the ring (no pun intended) of truth. It’s been suggested that Gordon Brown sold Britain’s gold to shore up international banking systems as the financial tsunami that still rages approached, but - as Maloney suggests - could countries holding British pounds have actually been demanding the repatriation of their gold? And I’m left wondering (I emphasize this is me and is not said at any point by Maloney) if the coming influx of immigrants from Eastern Europe has been planned in order to soak up the enormous amount of money being printed by the treasury so prices don't start rising precipitously?

I agree wholeheartedly with Maloney that our greatest investment is education. I recommend you watch these videos, do your research, and make your mind up.

Hidden Secrets of Money - YouTube. Episode 1 - each episode links to the next