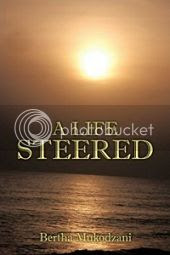 I ordered A Life Steered after reading a review of it on author Bertha Mukodzani’s blog by Deswell Chitewe, who champions Zimbabwean authors.

A Life Steered begins with a distressing scene in which the main character’s hard-drinking father finally throws her mother out of the house after many fights. From such a beginning I could not have imagined that the novel would go on to be an uplifiting testament to the strength of the human spirit - demonstrating that while our beginnings are always with us, the wings of our hopes await.

The travails of Zimbabwe are expertly understated through the course of the action and are braided with signposts non-Zimbabweans will be able to orientate themselves by. Not that you need to be from Zimbabwe to appreciate A Life Steered: when you focus down on a small group of people and look at the different ways they choose to overcome their obstacles, you never fail to find the universal interplay of suffering and hope, and which one triumphs is often due more to how people approach them than to random interventions of fate. 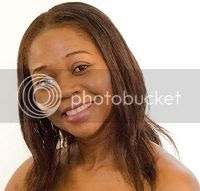 What struck me particularly is that A Life Steered is set at a time when girls and young women were looking beyond the traditional lot of females in Zimbabwean society, not least the complex politics of polygamy which, whenever that practice arises, seems to favour men. Heroine Sandra’s glass ceilings come not from corporate structures, but the society Bertha describes so lovingly and with such humour. In the UK I don't think we've been totally successful in maintaining what was best about our traditions while we removed our glass ceilings, and would be interested to hear what Bertha thinks. Perhaps food for a future novel?

A Life Steered is Bertha Mukodzani’s (right) first novel, and I was gratified to read on her blog that another one is in the pipeline. I look forward to following her career and to collecting her works.

Read reviews of A Life Steered on amazon

an excerpt from Bertha's second novel