drugs damage piles up under the moral high ground 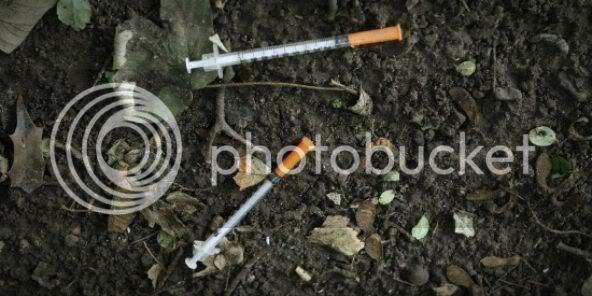 What surprised me was that anybody was surprised by paraphernalia lying about: this happens all over the country.

More depressing was the News’ scrambling to the moral high ground, while its coverage of calls to legalise illegal drugs is heavily biased towards being in favour.

True, legalising hard drugs would help ensure that they aren’t "cut" with noxious substances, but we’d still see overdoses and complications of administration, while usage would still fuel crime and endanger the vulnerable: for example, legal narcotics would still be procured by pimps to encourage risk-taking behaviour among their victims. (And just as alcohol is sometimes still "turbocharged" with meths, so substances would still be added to legalised drugs to strengthen/elongate the experience.)

As things are, however, there’s a better case for increasing the prescribing of heroin to long-term users – to be taken in a secure environment at the users’ risk – than for legalising cannabis, or at least its superstrong variant, skunk. Most of this is home-grown – with Vietnamese gangs not being averse to using trafficked child labour as gardeners – whereas heroin comes in from Asia, largely through Pakistan.

Hard drug-use is here to stay until politicians realise that it cannot be brought under control within our borders. Until robust policies – like those proposed by the British Freedom Party – on drugs are enacted, harm-reduction is all we can hope for. Facing up to a problem starts with acknowledging its scale, which is not helped by newspapers pretending an everyday occurrence happens once in a blue moon.