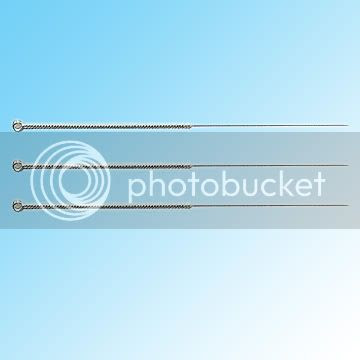 When a drugs worker I saw many people helped by acupuncture, and so was interested to see it used on teenagers who terrorise communities. The articles didn’t mention whether the therapy had been requested by the criminals, or had been imposed upon them by courts like an ASBO.

This would have been a crucial piece of information, and it’s significant that the mother of one boy – Sonny Grainger – was reported in May as having "urged police to be tougher on her son".

When used on people who want to overcome harmful behaviour, acupuncture and other therapies do not work in a vacuum: they are holistic proceedures, meaning that the relationships between patients and between patient and therapist are just as important as the treatment. If somebody doesn’t want to be there, the treatment will not work. As a drugs-service manager once commented, you can’t sentence somebody to counselling, and this is no less true of any other holistic therapy.

All too often, people need to discover how bad things can get before they see the need to find a way out of behaviours that harm themselves and others. Our liberal, middle-class judiciary help neither victims nor perpetrators by assuming that the objects of their "progessive" justice will respond as if they themselves were middle-class liberals.

This is one of many reasons why I’ll be voting for the British Freedom Party at the next elections: their crime and justice policies put the rights of the victims before the rights of the perpetrator. This is not just good for society but will eventually pay off for those perpetrators who have been given the chance to touch rock-bottom a sufficient number of times to want to stop their own pain. Then acupuncture and other therapies, if freely chosen, might actually have a chance to produce results.