The only thing I’d add is that interviewer Sarah Montague seemed to be somewhat unprepared. When she asked Tommy about representing the views of white working class people, I genuinely don’t think she was trying to trap him. She seems in thrall to Greg Dyke’s doctrine that the BBC is "hideously white", with the BBC predicating the epithet of society at large. Tommy, of course, replied that the EDL represents "non-Muslim communities in Britain". Anybody on a housing estate can tell you that doesn’t necessarily mean white.

Tommy is of course right to complain "no-one wants to sit around tables with working class people in this country". Our sharp-elbowed political classes, ascending through Society’s ethereal heights, position us on the receiving end of an apartheid with mainstream politics as the meadow we look on but whereupon we may not graze.

But I suspect the BBC is paying far more attention to the EDL now than it ever has because it’s not just blue-collar people who nod earnestly when we talk about two-tier Britain, or how ordinary Muslims are Sharia’s first victims. People from all social strata and ethnicities want to make up their own minds about what we say. 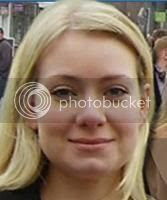 The day before Tommy’s interview, Oxford West MP Nicola Blackwood – a tireless campaigner for justice for child-grooming victims – indicated on Today there is another grooming scandal waiting to break. She spoke of Asian victims who weren’t coming forward "because of fear of retribution from their families and communities".

I can understand their alienation: the BBC wasn’t interested in victims of honour-killings until a white girl was murdered. If it comes to a choice between Jihadis and their co-religionist victims, who will the BBC stand beside?