In the mid-1990s my friend worked in a nursing-home in Grantham and was asked to write a report about failings on a shift where a patient was scalded by hot tea. He declined as he hadn’t been on that shift, but receiving an offer he couldn’t refuse wrote about systemic failings that had led to somebody unsuitable being in charge of the shift. His boss replied the report was unacceptable, and to rewrite it. He refused. It later transpired the report had been rewritten with his name appended.

So I can sympathise with the officials of the Care Quality Commission who found their reports about failings in the discredited (but still functioning) clinical standards inspector suppressed. 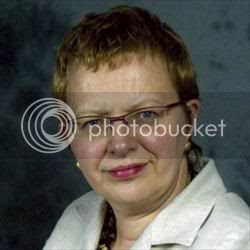 It’s been rotten from the start: its first chair, Cynthia Bower (right), was formerly CEO of the West Midlands Strategic Health Authority and had studiously looked away from the ongoing corporate massacre of 1200 people at Mid Staffs Hospital, as well as being in charge when babies were dying unnecessarily in Cumbria. That’s the sort of negligence that can only be cultivated over the course of years of disorder and misrule.

I say so advisedly: many people comment on the caring nature of almost every ground-level doctor and nurse in the NHS, without reflecting that there are nasty pieces of stuff in all walks of life – where are the NHS’s?

The answer is they’ve been promoted. The NHS always had a habit of kicking troublemakers with loud voices upstairs, but the adoption of a target-and-tickbox culture has sucked the buggers into management in previously unimaginable numbers. It’s since been shown that targets cultures attract psychopaths, who excel at both producing ticks in boxes and erasing the chaos created.

There seems to be another dimension to this crisis, though. Look through your history books – older people and babies are the traditional prey of eugenicists. It’s where they always start. This perhaps explains the untouchability of the guilty parties.

Inundated with complaints from all over the UK - Cure the NHS, Feburary 17, 2013; scroll down to third comment, which refers to "Disc 1", alleging the complicity of "public officials in the NHS, Home Office [and] chief constables" in the NHS cover-up

Baby Joshua: the death that led to police enquiry