why the Czech Republic needs lessons in English history

In 1736, the British Parliament started taxing gin punitively because of the problems caused by rocketing consumption. Resultingly, the sale illegal spirits soared.

Why this matters to the Czech republic is that on 14 September its government has banned the sale of alcohol stronger than 20% proof within the country after liquor "turbocharged" with methanol left over 20 people dead and many people blinded by the neurotoxic substance. 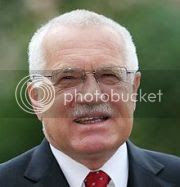 Already, many Czechs are turning to slivovitz, plum brandy made in stills (palenice - below right) of varying sizes. While it’s unlikely that these unofficial distilleries would poison their clientele, many of whom will be owners’ friends, it remains to be seen whether those customers will return to legal alcohol; probably one reason why Czech Prime Minister Vaclav Klaus (right) wants to see spirits return to shops. He probably also wants to help restore tarnished images, as Slovakia and Poland are no longer importing Czech booze. 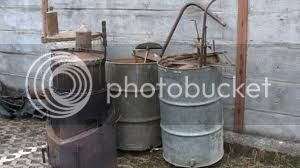 It’s difficult to stop people acting stupidly: in Glasgow in the early 1980s several people were blinded after alcohol laced with methanol was taken to a party. But the present crisis seems to have been brought about by an organised gang. With £49,000,000 of export business per year with Poland and Slovakia at risk, no doubt the police will have been told to get results quickly.

However, the reason for the ban being applied when it was is that the EU would have imposed a fixed-term ban from on high if the government hadn’t acted.

Which is another reason for the Czech establishment to study English history. The liquor crisis, says Tim Stanley of History Today, was ended when the price of corn and other grains went up. There's more than one way for Brussels to skin a cat: I hope Prague keeps an eye on EU agricultural policies.