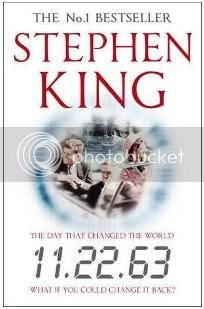 A novel centred on the assassination of John F Kennedy that was published the year before Barack Obama’s re-election campaign was always going to be controversial, especially when written by a Democrat who has compared right-wing "hate" towards Obama to the hate that culminated in Kennedy’s death on 22/11/63.

However, when the author is Stephen King, there’s always more to the tale – which is named after the above date, in American notation 11.22.63.

King mentions in passing in his time-travel epic that the "Tea-Party Society" sponsored leaflets promoting segregation: subsequent debate has historiann.com stating that this organisation was an invention of King’s, while a Daily Kos article identifies it with a shadowy Democrat splinter-group called the Dixiecrats. Was he inviting comparison with the Tea Party, or commenting on the complex skein of prejudices within which the Civil Rights Movement would shortly emerge? 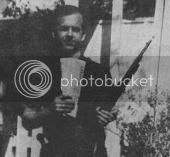 He ponders whether a re-elected JFK would have turned Vietnam into the quagmire that Lyndon Johnson did, and emerges with an answer I hadn’t foreseen. In fact, as the story progresses the number of tantalising possible routes to denouement increases, with the author following the line of least predictability. But conspiracy-theorists rest easy: from Lee Harvey Oswald (left) to George de Mohrenschildt, the usual suspects are all there.

But what of a JFK who survives 11.22.63? King offers an interesting take on Enoch Powell’s (right) dictum – Obama-worshippers take note – that "all political careers, unless cut off in mid-stream, end in failure". Posterity blesses the beautiful, and for political beauty being young and doomed is sine qua non.

More than this, King offers meditations on the nature of love, of duty, and ultimately of reality itself that kept me coming back for more: once I started work bleary-eyed through reading instead of sleeping. I heartily recommend that you read 11.22.63 for the 40th anniversary of JFK’s date with cultural apotheosis.