Malala shows why we have asylum 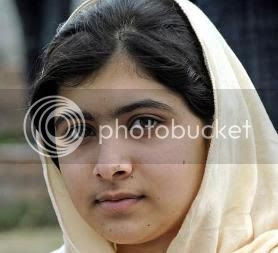 It’s now about a month-and-a-half since 14-year-old Malala Yousufzai was shot in the head in a school bus in Pakistan, for the crime of advocating for girls’ education. I’m not using "crime" ironically: the Taliban justified the assassination attempt by referring to Sharia law.

I believe bringing her to the UK was the right thing to do. We have the best medical facilities here, and we have an honourable tradition of offering asylum to people facing persecution in their own countries.

The desecration of this tradition by progressive governments is where Malala’s trouble starts. When masses of people flood into a country – in our case invited by Labour governments in return for votes – there comes a point at which they stop being individuals who are immigrating, and instead form a wave importing alien cultures wholesale. In a culture like Islam whose scriptures and votaries advocate exporting war and conquest this is asking for trouble: and all too predictably, British Islamists have announced a fatwa on Malala. Extremist cleric Anjem Choudary has said he is not asking for Malala’s death, but is silent on whether he would condemn another assassination attempt.

Malala and her family are in Great Britain on tourist’s visas which expire next year, but her father Ziauddin is an experienced educator and has been offered a job with the Pakistani consulate in Birmingham, so they may stay. That’s only right: they are an educated, articulate family whose views on women’s rights put many of their coreligionists to shame. Pakistan has historical links to Britain through its days as part of the Raj, and the Yosoufzais form a living embodiment of that relatively enlightened tradition.

I wish Malala well in her recovery and new life, and trust that the Establishment will be perspicacious in upholding her freedom of conscience and of expression against those who would curtail it.