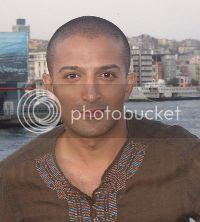 BBC1’s new comedy Citizen Khan, written by and starring starring Adil Ray (right), was laugh-out-loud, and followed the tried-and-tested formula of a paterfamilias who thinks he’s in charge while his family get things done the right way behind his back. To strengthen the link to middle-class sitcomland, Kris Marshall from My Family starred as mosque manager Dave.

So why was it on more than an hour after the watershed?

My guess is because in the first episode when Khan, a "self-appointed community leader" in the "capital of British Pakistan", forgets to book the mosque for his daughter’s wedding, he is accused of racism by Dave because the "real" mosque manager – "the brown one" – is absent.

The accusation sounds uncontroversial, but it flies in the face of the BBC’s leftist assumption that only white people can be racist. Also, there’s been a reluctance among non-Muslim defenders of Islam to own up to Dave’s defence: that everybody is born Muslim. Perhaps because this is a comedy show, the corollary wasn’t mentioned: that any member of any other religion is an apostate, and the punishment for apostasy has been, in the past and present, death.

The BBC can’t have been happy commissioning this show; seeing Muslims as "ordinary people" contradicts the leftist view that "Islam has spread peace, culture and learning around the world over the last 1,400 years." 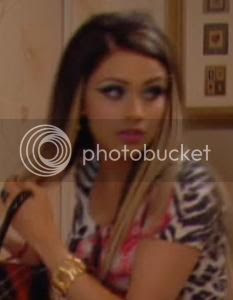 What troubled me was Bhavna Limbachia’s (admittedly brilliant) portrayal of daughter Alia Khan as a Westernised girl (left). While wanting Pakistanis to integrate, I’m conscious that the Pakistani parents of Shafilea Ahmed were recently convicted of her murder because of her rejection of their culture in favour of integration. A similar character portrayed in a comedy so soon after the conviction risks accusations of bad taste.

Is this why Limbachia portrays Alia as hiding her blonde highlights under a traditional headscarf? Will further episodes grow darker? I'll be interested to see how Citizen Khan develops.

New comments are not allowed.