50 Shades of Gray: step back from the burning 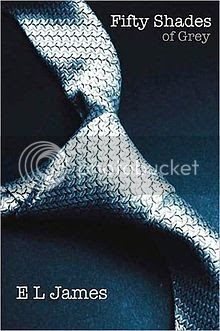 Just when it seemed safe to talk about romantic fiction, there’s been a call for a book-burning of 50 Shades of Gray, prompting Mail journalist Melissa Kent to ask "Have I woken up in Nazi Germany?"

Clare Phillipson is a director of Wearside Women in Need and as such has responsibility for their women’s shelters. In that context one can understand why she has misgivings about 50 Shades, in which Gray "hurts Ana then later makes up to her with expensive gifts and thoughtful e-mails [which] normalises abuse, degrades women and encourages sexual violence".

She’s right: this can be one pattern of abusive behaviour – but sexuality comprises a nuanced mass of contradictions, wherein it seems that for every sex crime there’s a corresponding consensual behaviour.

That’s the key – consent. But there’s also an element of snobbery in the protests: while films like Caligula and A Clockwork Orange are considered classics by plum-voiced critics despite containing rape scenes, 50 Shades, it seems, has offended by appealing across the social spectrum. Like, for example, Mills & Boon’s Spice series which, with its equivalent lines on other labels, has been putting the aforementioned into womens’ lives for decades.

Phillipson is right to indicate that the Nazis didn’t acquire copyright on book-burning. The Bible tells of Jehoiakim burning Jeremiah’s scroll, with the burning of the library at Alexandria representing industrial proportions. 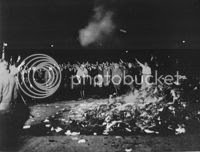 Nevertheless, modern minds turn to Nazism whenever book-burning is mentioned. If Phillipson proceeds with her immolation of ideas on 5 November, she will not only strengthen the hands of censors everywhere. She will put words like "femminazis" on everybody’s lips, and the people who will lose most from this will be sheltering from scum in Wearside’s women’s shelters. Having had her attention, I hope she will now step back from the abyss.