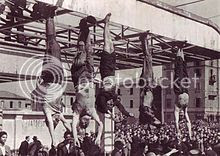 I mention Mussolini because another tyrant has been brought to justice – Charles Taylor of Liberia, who has been convicted of sending thugs into neighbouring Sierra Leone. However, while Mussolini was administered justice by and among the people he misruled, Taylor was tried in The Hague and will be imprisoned in Great Britain – which required a special act of Parliament – because of fears of a West African trial causing renewed instability.

Instability is there in plenty. A message was gotten to Jeremy Vine’s BBC Radio 2 show from a Sierra Leonean whose whole family had been killed by Taylor’s thugs, including child soldiers. She is now living as an outcast in Gambia, where she can only get work as a prostitute. The child soldiers, no less outcasts, remain in Sierra Leone as an army in waiting.

Mussolini’s execution and subsequent display within the country he brutalised surely cooled the heads of other budding little caesars. Wouldn’t a similar display of Taylor’s earthly remains in Sierra Leone likewise provide food for thought?

The only reason I can think of for Taylor’s trial being held in Europe is racism. A bunch of predominantly white liberals decided that West Africans cannot be allowed to hold their own leaders to account for their actions. So they send the UN in like a knight in shining armour, their self-righteousness blinding them to the fact that this is far from a fairy-tale, and the only happily-ever-after will be Taylor’s as his every human right is pandered to in a British jail.

Surely there's still time for common-sense to trump western ethnocentrism? Taylor needs to be sent back home to his own people for sentence, to be done to as he did to them. Then maybe, just maybe, a budding demagogue may think, "perhaps not". 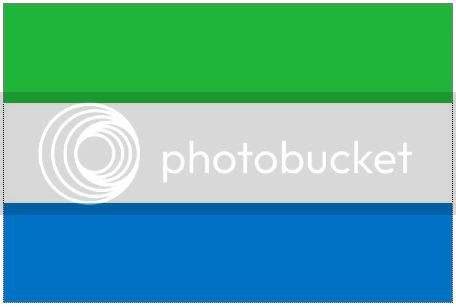