Should one meet one’s heroes? My answer to that was “yes” when I met Tommy Robinson, founder of the English Defence League, at the Deport [Abu] Qatada demo in London. 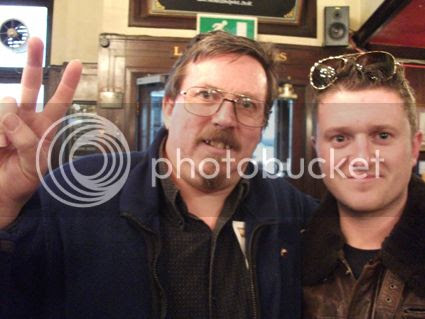 Going down from Cambridge, the train broke down so I had to wait for another one at Cheshunt, which my Scottish tongue had lots of fun trying to pronounce until I heard it broadcast. Having arrived later than I’d expected, I found myself trying to guess where the EDL might be coming from to meet in front of the Home Office.

Having said that, when I first arrived in front of the HO, I heard a lot of voices singing the chants I’ve grown to associate with the EDL. So I went into the middle of a group of people and asked one bloke if he knew where the East Anglian Division was. “No mate,” he replied – then I saw the UAF logo.

I found the EDL in time to demonstrate in front of the Houses of Parliament, urging our representatives to remove Qatada immediately, instead of bowing and scraping to the European Court of Human Rights.

We found out later that at that time Home Secretary Teresa May was making an emergency speech, saying Qatada could be kicked out by 30 April, as opposed to the 6-8 months that his appeal against extradition might take.

I don’t think that the physical presence of the EDL protestors outside Parliament swayed May’s mind; but I’m sure that what we represented really did. Passing drivers of all sorts of vehicles honked their support, indicating that EDL membership is but the thin edge of the wedge - we are recovering members of the silent majority, and the political classes are terrified that others will join us: not racist, not violent, just no longer silent. 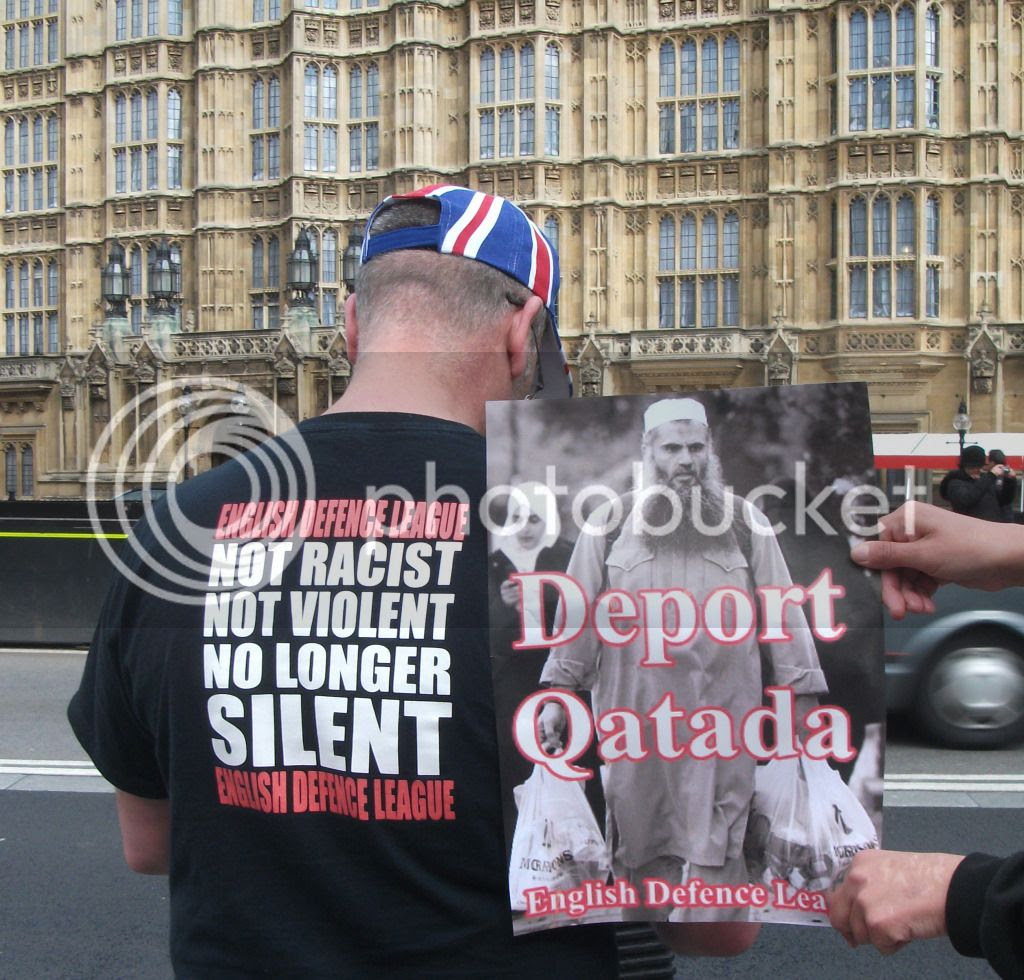