Whether you celebrated over the weekend or will celebrate tonight, I hope you have a very good St George’s Day.

As a Scot, I regret to say I grew up buying into the trendy view that England was oppressive and imperialistic. Then my English wife came home with me and was repeatedly upset over being sent to Coventry because of her nationality. I’ve never had the equivalent experience in England. Not ever.

Indeed, I’ve always found the English a friendly and tolerant people, and I’m sure this is connected to the multicultural background of England’s indigenous inhabitants. I’m not talking about the travesty of multiculturalism beloved of diversity-fetishists whose priority is deconstructing patriotism, but the real deal. The Romans, for example, brought people here from all over the known world, caring not about the colour of their skin but only whether they could do their job. Long before them the Beaker People, who came from goodness knows where, left Stonehenge as their epitaph; long after the Normans came to turn England French, but became champions of the Saxons’ tongue and their new, merged culture.

Yasmin Alibhai-Brown, I think, misses the mark today when she calls England "promiscuous, culturally and carnally", just as Billy Bragg does when he recounts all the things England holds dear that did not originate here – including St George, the three lions, etc – and concludes that English culture is "half English". Rather, I prefer to see England as touching the world and clasping parts thereof to her big, generous heart.

George is the saint, not the country; like any state, England has to make the best of varying shades of grey. But her millenia of history provide a better template for the future than we could ever have in Europe’s sinister bosom; and that history contains all the multiculturalism one could wish for. 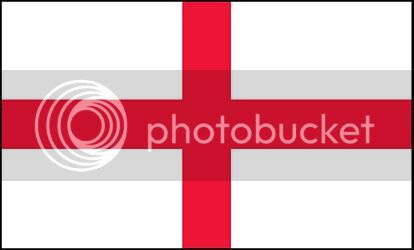