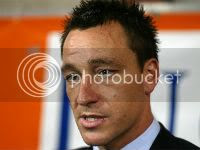 It’s not often that a sports story reaches the top reaches of the news agenda without a spectacular win, crushing defeat or David-versus-Goliath scenario going on. But the story of John Terry’s (right) being stripped of the England captaincy is running and running, with no sign of the juggernaut slowing anytime soon. 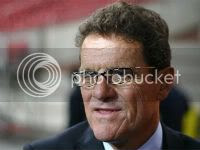 Terry has been charged with racially abusing QPR’s Anton Ferdinand. He denies the charges, and the court case has been adjourned – therefore he has been found guilty of nothing. The FA decision – in which England manager Fabio Capello (left) was not invited to be involved – stated that it was made without inferring “any suggestion of guilt in relation to the charge” Terry faces.

So what rattled the FA’s cage?

I don’t know whether discrimination occurred, I wasn’t there. But increasingly, management committees, unions and tribunals buy into the belief that discrimination exists whenever it is perceived to exist by the person who makes a complaint of being discriminated against.

If this belief applied to every discrimination case we would at least have a level-ish playing field; but there is a caveat built into this belief-system that "white people" (ie the majority of blue-collar Brits) when involved in discrimination cases tend to be the guilty party. If combatting discrimination - including kicking racism out of football - is about challenging assumptions, why has this one escaped unscathed?

Fabio Capello, who still considers Terry the England captain, has been dropped in an invidious situation. If Terry leaves the national team then Capello must replace the players who voiced unhappiness about Terry’s merely being on the squad so as to avoid being seen to take sides regarding the allegation. After the almost certain defeats to follow in Euro 2012, he might then ask the FA if they want a team of angels or a team of winners.