BBC documentary on the Queen is rough diamond 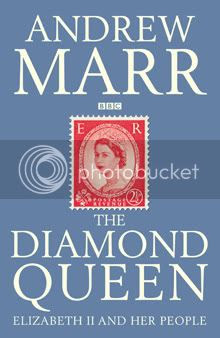 BBC1's The Diamond Queen looked fondly at the woman who has headed our nation for 60 years - but what was not said was at least as interesting as what was.

For example, one institution that has affected her loyal subjects more than any other was not mentioned, at least in this first part. The EU has progressively constricted freedoms for law-abiding people while protecting lawbreakers to an unprecedented level: the presenter might at least have tried to address the issue of whether the tangle of treaties our political class has signed up to has rendered Her Majesty an EU subject.

The presenter was Andrew Marr, who admitted during a 2006 BBC conference on bias that the Corporation had a "cultural liberal bias". During this conference the subject of the BBC’s stance on Islam was covered, with submissions to the effect that "executives would let the Bible be thrown into a dustbin on a TV comedy show [Room 101], but not the Koran, and that they would broadcast an interview with Osama Bin Laden if given the opportunity."

During a section filmed in Abu Dhabi, there was a mention of detecting bombs on aircraft en route from Yemen, so the BBC is starting to wake up to the fact that all is not well in Islam’s garden. While it was possibly inappropriate to speak of the scandal of Muslim men grooming British girls for sex, the media have been forced to admit the problem by groups such as the English Defence League and Casuals United. The exclusion of these loyal supporters of Her Majesty was mean-spirited, especially as they fight considerable odds to push reports of the exploitation of her vulnerable subjects through news-blackouts.

Diamond Queen has two more episodes left. Based on the highly selective nature of the material aired in the first, I hope the beeb refers the other two to a better-informed editor.
Posted by Joe Daniels at 21:04