what the flooding crisis says about our fading citizenship 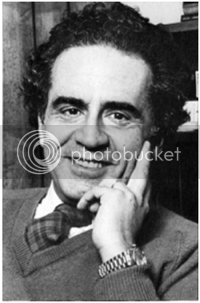 The thoughts of an Argentinian political scientist about newly-democratised nations might not appear to have much in common with the present flooding crisis, but perhaps we should look closer.

The late Guillermo O’Donnell wrote On the State, Democratization and some Conceptual Problems about the travails of Peru, Argentina, Brazil and other countries, but as comparative politics his insights are valid further afield – for example, you could say that the "profound crisis" of the "big state" becoming democratic mirrors that of the hypertrophied state in danger of losing its grip on democracy.

For O’Donnell, the state is more than the sum of its bureaucratic parts: it is "a set of social relations that establishes a social order" bound together by laws applicable "over a given territory", ie that country’s. He adds that the without these laws and the lawful agencies they underpin "the national state and the order it supports vanish”, leading to "a democracy of low-intensity citizenship".

With the Somerset floods we’ve seen a population which was left in chaos and crisis since the end of last year, with forces personnel only being sent in when the Establishment was embarrassed. Compare this with the near-immediate response to Thames Valley flooding, although even there it seems "some people are getting help and others aren’t": we see "a state whose...publicness and citizenship fade away at the frontiers of various regions and class and ethnic relations". In both areas every adult has one vote each, but each areas’s value to the regime (which O’Donnell stresses can be authoritarian even within a democratic state) seems the variable determining speed and credibility of response.

The Governmental and Environment Agency’s responses to the floods are not what one would expect from democratically-accountable institutions. They evince a vassal state in a neofeudal relationship to the EU overlord.

The question is: will votes challenging the democratic legitimacy of that relationship be respected as having equal value with those cast for parties that accept it?

On the State, Democratization and some Conceptual Problems - Guillermo O'Donnell, Kellogg Institute, 1993

Chertsey residents claim 'homes sacrificed to save others' - bbc.cocuk - "some are getting help and others aren't"