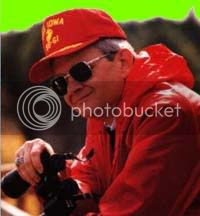 Much of the comment upon Tom Clancy’s sad death seems to centre around, as the Telegraph puts it, his "gung-ho techno-military thrillers".

However, my own favourite among his thrillers was The Sum of All Fears, which tells the very human story of his serial hero, Jack Ryan, slipping into depression and alcohol addiction as his dream of a lasting peace in the Middle East is sabotaged by extemist Palestinian elements. (That the villains in the film were neo-Nazis shows the extent to which Hollywood, once having slavered at Hitler’s door, now protects his successors.) Clancy is often criticised for his "two-dimensional" characters and seems to hit back in this book with the character of Marvin Russell, a Native American psychopath – a swipe at shibboleths? – who is killed precisely because he is two-dimensional: in the words of his executioner, "there was something missing in this man".

Executive Orders, featuring Ryan as president, starts with a devastating 50-page character study of one of the few people qualified to do politics: one who didn’t want the job.

The death of an artist at the height of his powers guarantees his next work’s sales. Command Authority is expected to be a not-to-veiled analysis of Russian president Vladimir Putin’s past in the Cold War; a war which, he observed through his works chronicling its endplay and aftermath, elevated many but left many more broken.

It’s not clear that Clancy’s departure must needs be that of Jack Ryan and his "dark side" John Clark, but it’s difficult to see who could handle the characters with equal skill. In any case, one of Clancy’s quotes on writing comes back to me as his home country, with its federal government shut down, slides from tragedy into farce: “the difference between real life and fiction is that fiction has to make sense”.