The Crime of Father Amaro 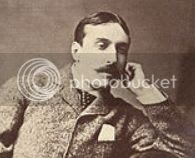 The Crime of Father Amaro, by José Maria de Eça de Queiroz (right), was translated magisterially by Margaret Jull Costa from the 1880 edition, released at the end of a complicated publication history.

The tale of a priest seducing a woman was highly controversial in Catholic Portugal, but unfortunately sounds pedestrian today.

Eça de Queiroz presents no glib jibes or caricatures. The titular priest was himself presumed by relatives to be seminary fodder and only realised once there that he had sleepwalked into a profession which precluded marriage. He typifies, in Eça de Queiroz’ words, "the man eternally excluded from feminine dreams, the neutral, melancholy creature who prowls the shores of sentiment like a suspicious intruder" and in his innocence can’t believe his luck when he and the prettiest girl in the village – Amélia, herself kept naïve by institutions that allow no middle ground between virgin and whore – develop a neotenous adolescent crush.

The emotional coin of adolescence has limited currency in adult bodies, but Eça de Queiroz treats Amaro’s struggles with compassion and insight.

Up to a point.

The point is where Amélia’s fiancée drunkenly assaults Amaro, having divined his intentions towards her. His punch is ineffective, but the priest colludes with the community in painting João as a heretical thug and driving him out. Just as Aeneas is no longer heroic after ignoring the gods with his naturalistic marriage to Dido, so Amaro’s heretofore juvenile blunderings no longer power a comedic tale with a tragic core. The polarity gradually changes until it seems tragedy must suffocate comedy in its inexorable momentum towards a horrific outcome.

The turbulent political backdrop was but a prologue to the next bloodsoaked century; but for me the operative part of Amaro was the emotionally and morally stunting effects of compulsory priestly celibacy, which continues to produce tragedies from the same template.