Wagner, Tolkien and the ring 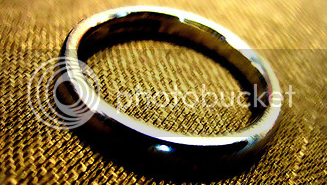 Having recently conquered Lord of the Rings, I was interested to see during BBC Radio 3’s Ring Cycle marathon a short discussion entitled When Tolkien stole Wagner’s Ring.

Tolkien constructed his legendarium from pre-existing building-blocks, but it hadn’t occurred to me that he’d stolen it from anyone. And neither of the participants (professor Nick Groom and author Renée Vink) accused him of stealing. As Vink said, both Wagner and Tolkien mined the rich seam of Norse mythos.

Then, of course, there's Hitler, to whom Wagner – who died six years before Hitler’s birth – was attractive because of his atrocious anti-Semitism, unfortunately all too prevalent throughout the West.

But the ring theme predates Norse legend. Perhaps indicative of Europe's ancient Eastern roots, since antiquity the Hindu god Shiva has been depicted dancing within a ring of fire (left), and both our artists associate their respective rings with fire – Wagner’s with his fire encircling Brünnhilde in Die Walküre as she sleeps on the mountaintop, Tolkien’s with the fires of Mount Doom in which Sauron’s Ring of Power must be destroyed.

Tolkien’s work, however, is more rooted in the time of writing than Wagner’s. Written during World War II, the crisis in Middle Earth has come about through its peoples ignoring the rising powers of evil taking hold: a comment on appeasement? Groom recounts a contemporaneous letter referring to "that ruddy little ignoramus Adolf Hitler" misappropriating the traditions that had informed the character of his beloved England.

But although Tolkien, as a Professor of Anglo-Saxon, used his knowledge of northern folklore in writing LOTR, I think it’s significant that the name of the reforged sword (another shared theme) is Andúril, meaning Flame of the West. I hope Western patriots adopt his legendarium, telling of diverse peoples cooperating to fight against evil, as a founding myth.

So when will we see the first LOTR opera?

REad a review of Renée Vink's Wagner and tolkien: Mythmakers at Tolkien Library

The Letters of JRR Tolkien - use table of contents at the front for the hyperlink to Letter 45, which speaks of "that ruddy little ignoramus Adolf Hitler

Tolkien and the black riders - 300 words