where was the 7/7 anniversary tribute? 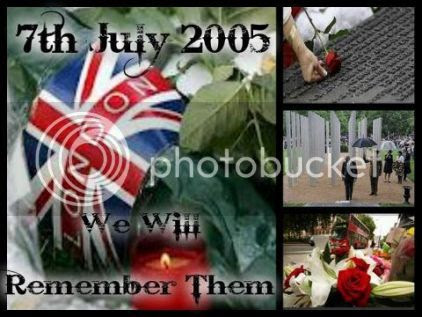 We’re big on anniversaries nowadays. Dickens, Shakespeare, the Antarctic treaty, the list goes on. So, on 7 July, where was our state broadcaster’s anniversary tribute to the victims of the 7/7 bombings?

And yet, the anniversary was nearly marked in a negative way. Dymphna, posting on the Gates of Vienna, suggests that the suspected terrorist who was arrested for casing the Olympic may have been looking for a way to mark the seventh anniversary of 7/7.

Dymphna points to the generational strategy Islamists have taken in Egypt that have given them control of the armed forces, and wonders if the same thing is happening here. It’s entirely possible, but I wonder if there isn’t another factor causing distress among those who look at the West with covetous eyes. 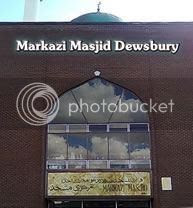 In the three years that the English Defence League has been in existence, there has been unprecedented pressure on the police hierarchy and the Crown Prosecution Service to act on Muslim child grooming gangs, certainly, but more subtle currents have also been finding their way to the surface. In the absence of a formal anniversary tribute to the victims of 7/7, it’s fitting that the Center for Islamic Pluralism is leading a campaign against the Markazi Masjid mosque in Dewsbury (left) because of the movement’s links with terrorists, not least two of the 7/7 bombers. And Muslim parents have been campaigning against a proposed "megamosque" on the Olympic site because they don’t want their children radicalised.

I believe current Islamist threats in Britain, including the bomb possibly intended for EDL supporters in Rochdale, are aimed at moderate, westernised Muslims and those open to dialogue with them. Social Services threats to remove the child of a pregnant woman because of her support for the EDL almost certainly have a similar focus. In a spirit of respect for the victims of 7/7, I suggest that this is not the time to give up on moderate Muslims.

Read about the 7/7 memorial in Hyde Park

Tommy Robinson talks to Giles Coren about Social Services threats to remove a pregnant woman's baby at brith because of her support for EDL. Watch below, or click to watch here on YouTube.