the right to wear a cross: Cameron's bind 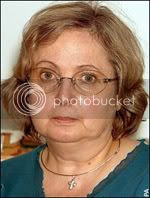 David Cameron is, again, in a bind. Two employees who have been victimised for wearing a cross at work are taking their case to the European Court of Justice, and his ministers are opposing them.

In terms of Christianity in England, this is very late in the day indeed. When Augustine came became the first Archbishop of Canterbury at the very dawn of England in 597AD, there were already Christians here, Alban having been martyred in 305AD.

So given that Christianity has been here at least 1700 years, what gives European judges the right to adjudicate on how we may or may not manifest our religion?

I’m am not advocating wearing the cross to the exclusion of other religious symbols, be it the Star of David, or Sikhs’ bangles and turbans. And I have no more against the scarves worn by some Hindus, Sikhs and Muslims than I have against nuns' veils. 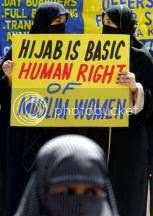 What I’m suspicious of is the full veil worn by some Muslim women, not always consensually. The problem is ideological, saying not only that the wearer cannot control her sexuality, but predicating this of all women. I’d welcome a debate between full-veil advocates and feminists on the extent to which women have the right to renounce their hard-won rights, but won’t hold my breath.

Herein is Cameron’s bind. If he legislates that Christians have a right to wear the cross, he opens the Government to maneuvring by those with an agenda to legitimise the full veil. but if his ministers win their fight against Christian religious freedom, we will speak in the ballot box.

Cameron’s problem cannot be solved within the EU-centric polity. Which is yet another reason for Britain to be free again, and guarantee thereby the rights of all people of good will living within her shores.

Read about the controversy at the Christian Institute website