sex: My British Job - the misery of immigration and prostitution 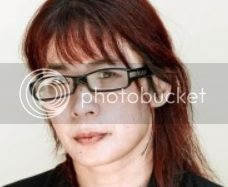 "It is estimated that there are 4,000 brothels in London, 80% of which employ immigrants, most of whom are illegals."

The words are those of Hsiao-Hung Pai (right), an incredibly brave woman and (legal) immigrant herself, who investigated a brothel using illegal immigrants from China for Channel 4’s Sex: My British Job. Women under pressure to pay their debt to people-traffickers are again pressured by the madame, Mary, to perform sexual services – as is Pai, who poses as an illegal hired as a housekeeper. She is continually bullied by Mary, who was trafficked herself and now owns three villas, to become a sex-worker. The bullying leaves Pai describing herself as "suicidal" and illustrates the complex issues surrounding consent in cases of people-trafficking

Advocates of open-door immigration, if they have any humanity, will be holding their heads in their hands tonight and saying "it wasn’t supposed to be this way". In fairness, they were sold the best of all possible worlds: a society in which different cultures would mingle and share freely what was best about each one. The sentiment now seems something that wouldn’t have sounded out of place had Voltaire put it in the mouth of Doctor Pangloss.

But at ground-level we need to help the women trafficked here into sex-work and stuck there because politicians living in the real world have stiffened immigration laws.

The first thing we need to do is put real measures in place to stop people-trafficking, and not just give those trafficked advice to attend their local police station. Then we need to make an example of owners (I volunteer Mary and her partner-in-crime Mustapha (left)), followed by a time-limited amnesty on brothel-owners employing illegals who shut up shop. The case for putting rehabilitation schemes in place for trafficked sex-workers is unassailable, but will only provide false hope while next to nothing is done by statutory agencies to stop the trafficking.

Forget the politics: anything less fails vulnerable people who are being abused right now.