what is fascism? A surprising BBC debate

In Italy, too many immigrants act as if they were back in their own countries. They make little effort to fit in and, to be fair, we Italians make little effort to integrate them. Our government does little for immigrants, so they simply do things their way. If we’re not careful, in 10 years’ time, Italy could be a Muslim country. I’ve got nothing against Muslims, but I don’t want my Italian culture to disappear. 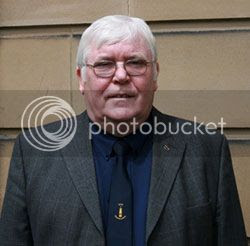 This extract from Paolo di Canio’s autobiography was read by Jeremy Vine to Dave Hopper (left) of the Durham Miner’s Association in a section of his show dedicated to di Canio and fascism. Hopper replied there was "not a great deal wrong with that", leaving me wondering why exactly di Canio’s appointment as Sunderland manager had caused him to demand the return of the DMA banner from the Stadium of Light.

Mark Robson writes in Italy: Liberalism and Fascism 1870-1945 that the first Fasci ("groups") emerged in Sicily in 1893 when the island’s economy collapsed due to a Franco-Italian tariff war, and had "a vague political programme which was socialist in flavour". Mussolini despised socialism, but elements of his 1919 programme for the Fasci di Combattimento ("combat groups") such as abolition of the monarchy and aristocracy, suppression of banking excesses and setting up workers’ cooperatives would be leftist heaven.

Phoning Vine’s show, political science lecturer Ian Philpott said the Left confused issues by using “fascist” as a blanket term for anything right-wing and conflated fascism with racism. He pointed to non-racist fascist states in South America, and said the only racist fascist states had been Hitler’s Germany and Saddam Hussein’s Iraq. Fascism’s defining mark was not political orientation but totalitarianism fronted by a "supreme leader".

I’m not a fascist because as a member of the English Defence League I believe in freedom and democracy: which is why EU oppression and the suppression of our free press by all three major parties make me feel sick. But given that "fascism" for too long has been used to describe anything the Left disagrees with it’s good finally to have a definition of fascism given by somebody who knows what they’re talking about. And amazing that the BBC even allowed this discussion to take place.

Read revies for Paolo di Canio: the Autobiography on Amazon

Read reviews for Italy: Liberalism and Fascism 1870-1945 by Mark Robson on Amazon