do Lib Dems know the difference between history and politics?

Liberal Democrat peer Lord Tyler has shown that in his party history is subservient to politics, by claiming in a debate that UKIP is "fuelling the same 'distrust' of foreigners which swept Europe before the outbreak of First World War". 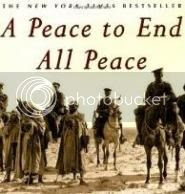 I recommend he read David Fromkin’s A Peace to End All Peace, in which the US historian shows exhaustively that while WWI had several proximate causes – the Balkan Wars and the assassination of Archduke Ferdinand, for example – these factors mushroomed into total war because of the systemic, slow-motion collapse of the Ottoman Empire. Waves of nationalism reaching from peripheral states like Bulgaria and Bosnia to the core territories of Turkey and Arabia triggered both an acquisitiveness in the British, French, Russian and German empires, and waves of paranoia about patriotic fervour spreading to their own vassal regimes.

That’s not to say there wasn’t a healthy distrust between states: this is and has always been a constant and is rarely a casus belli. But tales of Belgian nuns having their breasts hacked off and babies impaled on bayonets didn’t start until the war was underway, forced on a compliant press by a government propaganda machine.

This matters because another empire is disintegrating around us: elected politicians being replaced by Brussels technocrats smack of panic and weakness, and the slow-motion collapse of the Euro was not just inevitable but forseen by its creators at its inception. The only element we lack is a compliant press, but that’s what the Leveson Inquiry was set up to produce.

Lord Tyler’s attack comes because the Eastliegh result shows the Lib Dems fear their inevitable demise at the next election may come be at UKIP’s hands. I’d have more respect for him if he left history alone and set out the Lib Dem stall on how they informed the public about their contingency plans should the EU continue to collapse.

Check out reviews for A Peace to End all Peace at amazon.co.uk