at risk: our non-right not to be offended

Lead candidate for the author of the principle that "nobody has the right not to be offended" seems to be John Cleese, defending The Life of Brian. It’s been recycled to defend The Satanic Verses and Jerry Springer: The Opera. 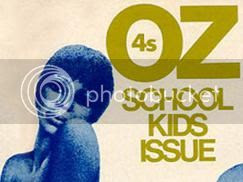 Offence has an important history of breaking down barriers, sometimes with unexpected help: in 1960 during the Lady Chatterley’s Lover obscenity trial, the Establishment could scarcely have been lampooned more effectively than by prosecutor Mervyn Griffifth-Jones: "Is it a book that you would even wish your wife or your servants to read?" A decade later Charles Murray, defending his part in the "Schoolkids’ Edition" of Oz, identified a crucial ingredient of offence: it is "overtly radical work concerned with ideas".

Fast-forward to now: surely the inheritors of 1960s/70s cultural iconoclasm welcome more of the same?

But something’s changed – the self-appointed heirs of the liberal intelligentsia tell us there are areas too important for satire. OK: Ricky Gervaise’s jokes about paedophilia and Jimmy Carr’s quip about women enjoying rape were vile – but these two are lionised by liberal media outlets because of their material, and Frankie Boyle only had to tell a court he was an "antifascist" for it to accept his use of the n-word was "ironic", not racist.

What is The Innocence of Muslims but our generation’s The Love that Dares to Speak its Name? Why is Stonewall rightly allowed to campaign that "Some people are gay, get over it", but the Core Issues Trust’s message "ex-gay, post-gay, get over it" is banned?

Human-rights lawyer Paul Diamond is representing the above on the principle that there’s no right not to be offended. But those who stormed the Establishment on the self-same principle now constitute that Establishment and have pulled up the ladders. I wish him luck.

Click to read about the Lady Chatterley's Lover controversy at penguinclassics.co.uk