thought-control is more than conspiracy theory 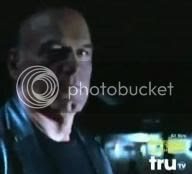 One of the new channels provided by Youtube carries Conspiracy Theories with Jesse Ventura. The doughty former Minnesota governor’s forays into X-Files territory are fun to watch but indicative of deeper suspicions that out leaders are out of control.

Brain Invaders was no different, centring on suspicions that US authorities are using microwave radiation to disrupt people’s thinking and even insert thoughts. 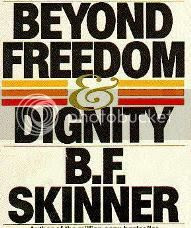 Somehow I doubt the programme’s thesis; yet behaviour control has been practiced since Pavlov showed he could condition dogs to salivate at the ringing of a bell, despite the absence of what had originally caused salivation. Later, BF Skinner wrote about how people could live sustainably in societies where their lives were planned in meticulous detail in a book was chillingly titled Beyond Freedom and Dignity.

But much more useful to the Establishment is to shape the very self to their designs so that our thoughts, and therefore our behaviours, fall within the parameters they set.

Cognitive Behavioural Therapy is a "talking cure" whereby, in conversation with a therapist, the patient gradually learns to change the way they think about themselves, which in turn transforms harmful or even pathological behaviour. It is a wonderful tool and eases much misery, but it would be naïve of the Establishment not to see its wider applications.

Through the diversity industry, individuals get messages from all around about what they can and can’t say from day one, the intention being to condition what they can and can’t think. For example, why are British people of all backgrounds being discouraged from questioning the motives of those who agitate for an end to democracy, mutilation of young girls and use of rape as colonialist policy?

So let’s apply a talking cure of our own: let’s keep talking about the growing oppression under which we labour.

Click for text of Beyond Freedom and Dignity by BF Skinner

Find out more about Cognitive Behavioural Therapy at Resilient Mindset

How does our Language shape the way we think? by Professor lera Boroditsky