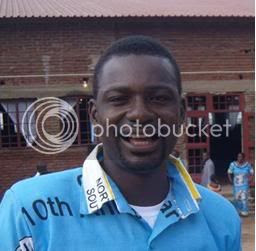 Last night as an alternative to the Sport Relief leviathan BBC screened Reverse Missionaries. In this episode, Pastor John Chilimtsidya travelled from Blantyre in Malawi to Blantyre in Scotland, whence David Livingstone sailed 150 years ago to Africa.

What intrigued me was that in Malawi's Blantyre Pastor Chilimtsidya had built his congregation up from 25 to over 800. Here, in one of Africa’s poorest countries, we saw no images of dying children, desperate adults or starving cattle.

Then Sports Relief came back on. After a comedy quiz show we were transported to a Ugandan hospital full of children dying from preventable diseases as their mothers looked on, joined by popsters JLS.

Why these two very different faces of Africa? It could be, to borrow Stephen Fry's summary of the US, that it’s so large and diverse that the opposite of anything you can say about it is also true.

But also, Chilimsidya pulled his community up by its own bootstraps, according to Livingstone’s principle of working within the local culture. A thriving community led by a handsome, intelligent and charismatic preacher isn’t going to attract much charity. But grinding poverty, dying children and weeping pop-stars will. And maybe that’s part of the problem: it’s in the nature of charitable funds to be dispersed laterally, whether into training and administration budgets or just corruption. Images of suffering children and histrionic celebs might bring in the charitable - and somewhat culturally imperialistic - pound, but charity all too often disempowers those it affects to help and, what is worse, lines the pockets of their oppressors.

In the end, Africa will never stand up and shine through exploitative charity telethons but through communities empowered by motivators like John Chilimsidya.