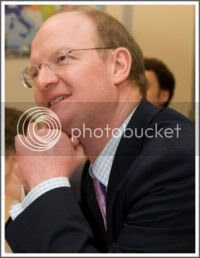 This being the last year that university fees for English students are fixed at £3,000 per year (they rise to £9,000 pa next year), la Feltz cornered Willetts on this, asking how much he paid in university fees. Being in his fifties, he replied, he was one of the ten percent or less who went to university whereas now there are more people going on to become university students than there were who gained O-levels in his day.

This is a situation the Coalition Government inherited, along with tuition fees, which were introduced by Tony Blair’s first government in 1998. Yet where were the student protests then? Did the unprecedented time allotted to debating fox-hunting blind the students to what was happening to the pounds in their and their parents’ pockets?

Vast numbers of school-leavers go to university. How much do people who oppose tuition fees – who only seemed to find their voice after the 2010 General Election – want to deduct from my wage so that their children can get a document entitling them to an income I and my children will probably never see?

Thirteen years of Labour's ideology-based government have drained us of money and goodwill and have increased social divisions. My thesis is that the playing-field regarding income will be levelled by less university education, not more. Picture the scene: two twenty-one-year-olds are applying for a job involving maintenance of machines in a factory. One has just gained a degree in engineering, the other has left school at 14 and has worked, learnt and solved problems on the machinery in that factory since then. Which one will a prudent manager give the job to?