after Savile, what's lurking in Hertfordshire?

With the revulsion surrounding Jimmy Savile’s abuse-crusade throughout the country, we have a chance like no other to investigate institutional paedophilia and sexual abuse within our midst.

But to what extent is the Establishment willing to take the opportunities offered?

The Socialist Workers’ Party recently held a "Sharia-style court" over a rape claim; in a well-written article, former member Tom Walker explains his resignation from the party: because the "DIY investigation" would "corrupt the evidence".

So why is the BBC being allowed to simultaneously mount THREE enquiries into its own conduct relating to Savile? Surely by the end of these important pieces of evidence will be not only corrupted but unintelligible to Operation Yewtree?

The problem abusive organisations investigating their abuse was brought up over the weekend with was a call into the Any Answers programme about investigating abuse by state employees. Former social worker "Sarah" called from Hertfordshire to talk about her colleague, a child protection worker whose job was to protect children in the care of Herts social services.

When he tried to bring an investigation into historical sexual abuse of people with disabilities cared for in homes and NHS facilities, he was the subject of a campaign of bullying as part of a cover-up by his managers, who all went on to have “glittering careers” while her colleague now suffers chronic mental health. 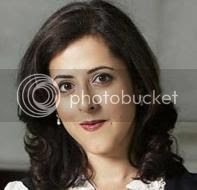 Did a producer growl in her ear, of did she have a list of keywords to trigger a cut-off? What miseries are crying out for reparation from Hertfordshire, waiting to terminate glittering careers?

Given how deeply protection of paedophilia and even the crime itself are embedded in the Establishment, we may never see a better time to have these questions answered than now.

[A big welcome to Charles onto the 300 words team!]