BBC and Savile: remind you of anything?

Is the developing story of Jimmy Savile’s abuse and suppression of same sounding familiar? Let’s look at some relevant points, from a Daily Mail report into the affair:

Psychiatry defines "perseveration" as the continuation of a learned behaviour in response to new stimuli. This matters because individuals who managed the BBC’s studied denial of Muslim child-grooming will have moved onto different jobs, including reputation management. Upon hearing of the charges against Savile, they will have reacted to the new situation according to the old rules: oppose, obfuscate and obstruct. 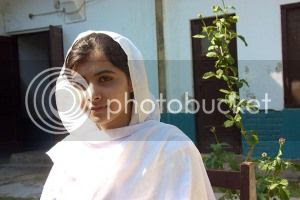 I’m not using Savile‘s crimes to have a cheap shot at Muslims, many of whom are as much victims of Islamism as the rest of us are. Take Malala Yousafzai (right), the Pakistani schoolgirl shot for her brave stand against Taliban opposition to girls’ education. She’s a hero, like the women who found the strength to stand up and testify in The Other Side of Jimmy Savile, the ITV documentary that started all the furore. And all of them are victims of systemic ways of thinking that put abusive males at the top of the tree then maintain their position.

In February 2011, English Defence League founder Tommy Robinson told Newsnight’s Jeremy Paxman about a series of issues relating to Islam in Britain, ending with 15-year-olds being "raped and pimped". Paxman’s response to this was "these are all personal issues of yours".

My contention is that such an automatic denial on the part of BBC apparatchiks to Islamist abuses became a learned behaviour that was then directed towards the victims of Savile and his accomplices. It’s time to shine some democratic light upon these reflex responses so that justice can start to be done upon the monsters who have enjoyed the BBC’s protection.

Click to watch The Other Side of Jimmy Savile on ITV

Click to watch Jeremy Paxman interview Tommy Robinson for Newsnight on Feb 2011. The exchange ending with Paxman's comment "these are all personal issues of yours" begins at 5min 45sec.