Angels' voices will be heard 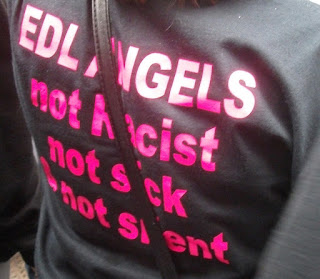 As a Conservative voter, I wondered why I was part of the English Defence League Angels’ demonstration on Saturday 8 October.

The Angels are, of course, the women of the EDL, who “stand beside their men, not behind them.”

It was because David Cameron had said something about the English Defence League that I still find hard to stomach: we are sick, and there are “none sicker”.

This was unfortunate, especially as Cameron had stated in his Berlin speech that multiculturalism had failed. Personally I felt let down, and this sentiment may follow me to the ballot-box.

I found some EDL supporters in Parliament Street, and nobody batted an eyelid at my Glaswegian accent. After some apprehension at how the police would react, it became clear that they were expecting no trouble from us. After the demonstration, we were escorted to Victoria station by the Met, as UAF demonstrators were causing trouble.

We were given free rein in a square, where one lady speaker asked why paedophilia was outlawed except when a Muslim child was given in marriage to an older man; if female genital mutilation might become legal in the UK should enough (male) Islamists push for it and whether, after the long struggle for female emancipation, women’s rights were to be effaced should Islamist men demand it. 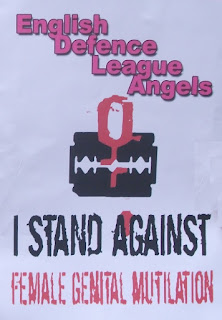 I hope Cameron reminds himself that any party which aspires to form a government has to appeal to women. Margaret Thatcher, for example, cruised to victory three times not by appealing to any class, but by capturing the votes of women who had to bear the social costs of political programmes aimed not just at themselves but at their perhaps more ideologically-minded husbands, sons, fathers and brothers.

He only has to address Britain’s women with three little words:: “I am sorry”.