Home Secretary Theresa May (left) has famously proposed forcing police action on antisocial behaviour if a "trigger" of five neighbours complaining has been pulled.

The proposals refer belatedly to the 2007 death of Fiona Pilkington, who immolated herself and her daughter (both right) after a campaign of abuse from thugs, spearheaded by one family on her Barnwell estate, the Simmonds. She had made over 33 complaints to the police.

The Telegraph’s Philip Johnston is one of the few to see the pilot’s fatal flaw: had Ms Pilkington been one of less than five victims, the trigger would not have been pulled.

I suspect Johnston has limited experience of living on a housing estate, like most MPs, so I’ll point out the plan’s second flaw. Many neighbours from hell know who to lean on for a false statement. If they want five people to report a tenant, five reports the police will get. Lies, perhaps, but in forcing an investigation they will co-opt the authorities into bullying whoever they want intimidated.

Johnson also refers to the Coroner’s conclusion in the Pilkington case, that "there were supposed to be a dozen laws to deal with this sort of behaviour without introducing any new ones". There are, but they are largely unused, especially when families comcerned have "issues" or tick landlords’ diversity boxes. 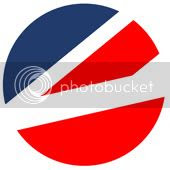 #8 of British Freedom’s 20 Point Plan deals with reducing crime: "criminals should fear the consequences of their behavior". The police and judiciary cannot continue being surrogate social-workers. With existing laws, they can protect law-abiding residents of housing estates before we cross the rubicon of learning we must protect ourselves. Robust policing and sentencing is also necessary to give lawbreakers cause to reflect on their lifestyles before their crimes escalate.

And nobody would need to set themselves on fire in order to escape antisocial behaviour.
Posted by Joe Daniels at 14:51