Before 1875, the age of consent to sexual activity in England was 12 in those cases where officials could be bothered to investigate a complaint. Ten years later, crusading editor W.T. Stead (right) pointed out in a series of articles that "the moment a child is thirteen she is a woman in the eye of the law, with absolute right to dispose of her person to any one who by force or fraud can bully or cajole her". The age of consent was raised to 16 and, ever since, politicians and academics – predominantly from the left/liberal axis – have chipped away at the ruling.

That’s why the Savile child-abuse controversy is so significant. Peter Rippon, it is alleged, dropped Newsnight’s exposé on Savile because he considered the bulk of victims were "teenagers, not too young". 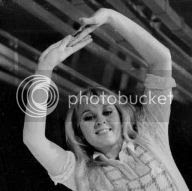 We plebs recognise sexual crimes by adults against under-16s as paedophilia. On our side is the UN definition of children in its Convention on the Rights of the Child: "every human being below the age of 18". Underpinning the UN’s assumption is a view of childhood as not just a biological stage but a social construct, extending through the changes of adolescence, a time when the slings and arrows of outrageous fortune can be lethal, as in the case of 15-year-old Claire McAlpine (left).

We cannot lose this momentum, both for Savile’s victims, and for those of child grooming gangs – for example the burgeoning bands of beasts in Rochdale, whose supporters insist that puberty renders a girl a woman.

Nevertheless, authorities still seem to see abuse as a foregone conclusion for a child from a troubled family. Let us hope those authorities see the danger of the outcry against the BBC spreading to all who think it is their right to bully and cajole our children for adult pleasures.

UN Convention on the Rights of the Child